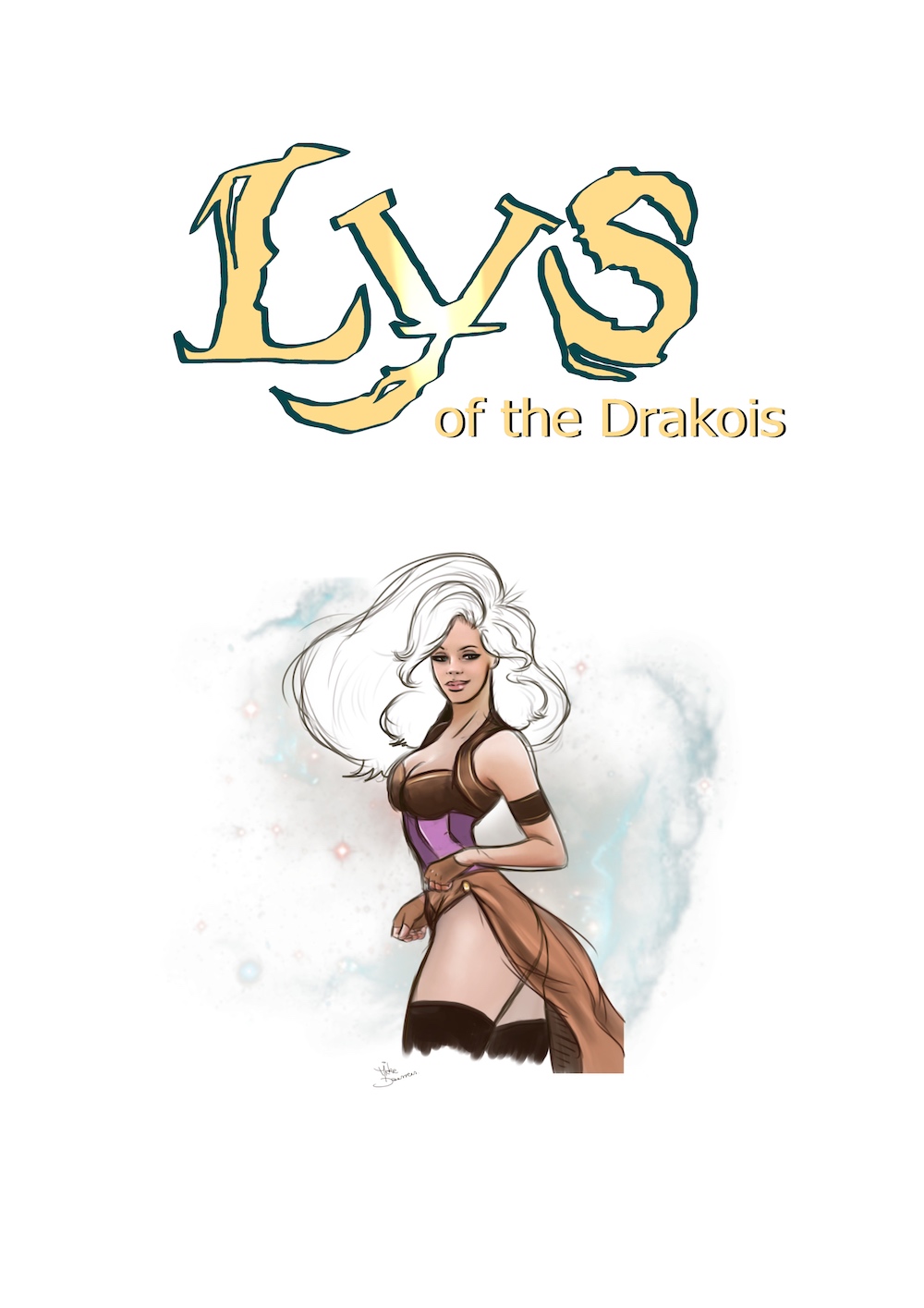 We proudly present Lys. Lys of the Drakois to be exact. She is our heroine throughout this adventure set in the fantasy realm of the Fractured World. Lys the leader or Lys the bright she is called. Leading and inspiring our small group of friends is no small task. She is full of energy and never out of inspiration, she loves and is loved, but there is one thing she can’t bear: loss of face. Maybe not such an uncommon trait for those in a position of power. And she aspires to fill such a role of power and become the leader of her tribe. The yellow tribe is one of the amazon tribes that inhabit Tetras. Collectively these amazon tribes are known as the Drakois. The brave and fierce women of the tribes keep the peace and settle all matters of importance. Guided by the Dragon God and his animal disciples in the temples of course. Don’t worry, we’ll soon meet those wondrous animals as well. You may feel a rush of blood when you see these beautiful warriors, but if you live in Tetras that rush is as much out of fear as it is out of excitement. No one dares to mess with these deadly ladies. Before you know it, you might end up in the dungeons. They don’t even bother with armor because their skill in all the arts of combat surpasses that of the mere men they govern. They are masters in handling the many weapons in their arsenal. Perhaps the most dangerous weapon of all is their charming smile. Because who would say no to a face like this? Especially since Lys’ gentle requests are always backed up with cold steel in case anyone refuses.

Lys was not born into the yellow tribe, but rather adopted by it at a young age. She just wandered into the village one day and nobody has ever figured out where she came from or who her family was. The women of the Drakois tribes do not care about lineage, only about friendship and skill. They took her in and trained her as one of their own. A childhood spent with the Drakois is one to be envied. From a young age the girls were instructed into martial arts and survival. For some it was harsh, but for those who relished the outdoors and physical exercise, it was a dream come true. The elder women quickly saw Lys’ potential and nurtured her fighting spirit into the strong warrior princess she is today. From horse riding to archery and from acrobatics to sword dancing, only Enool’s skills rival those of Lys. Although she won’t readily admit it, she struggles with her own past in the dark temple, and the way her mother died there. It is a secret she carries with her and has never told before. Not many people can say they know anything about the dark temple and even fewer know where it is. But just maybe you will find out what happened there in the pages to come.